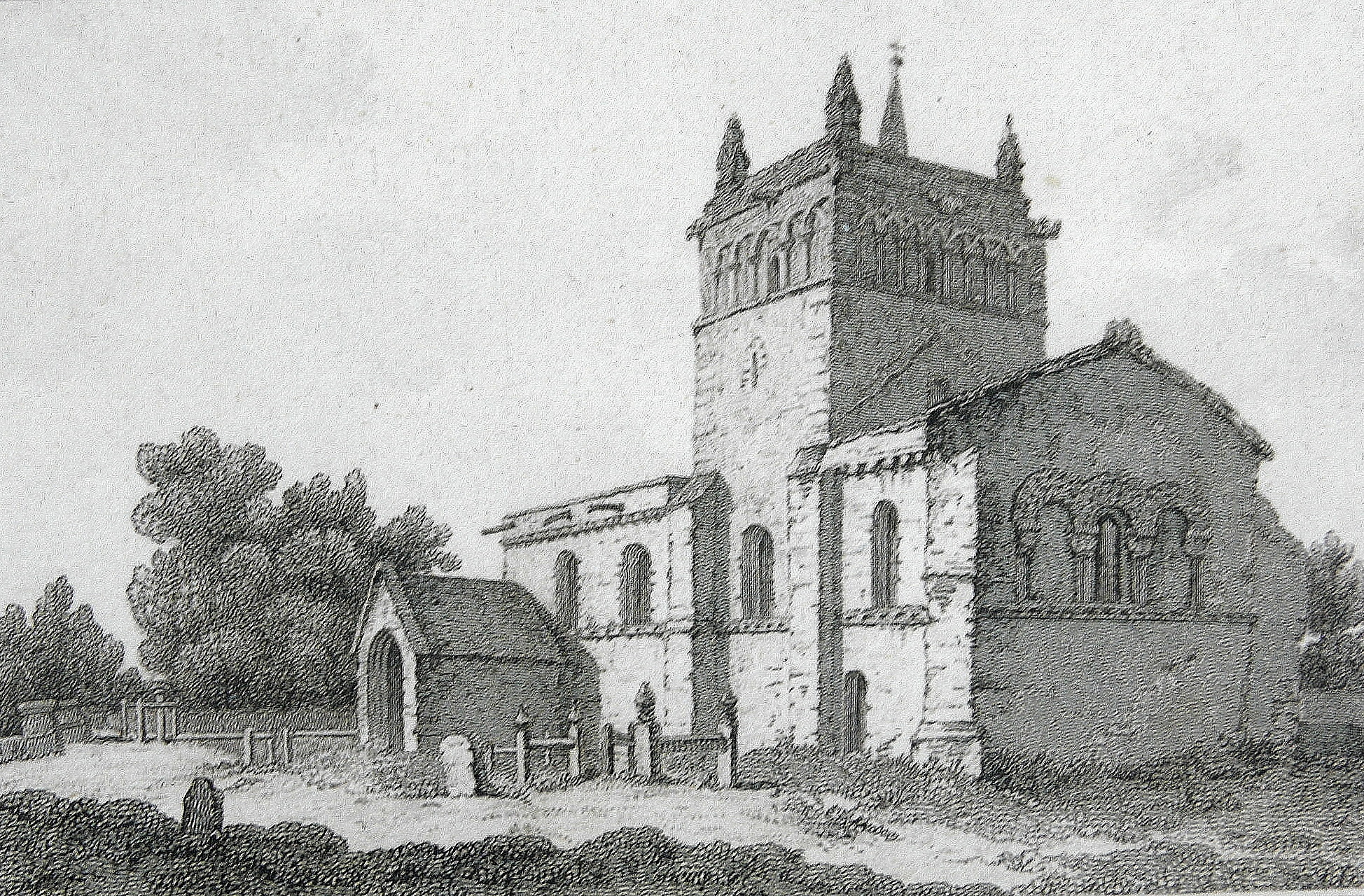 Stewkley is a parish of 3982 acres. The village has grown along the watershed between the Ouse and the Thames, about 500 ft asl. The spelling of the village name has varied over the years but it is thought to be rooted in the Anglo Saxon styfic-leah meaning clearing with stumps.

The soil of the parish is mostly a clay loam over a subsoil of clay but there are also deposits of sand and gravel in the NE and a small outcrop of Purbeck and Portland limestone in the S.

Aerial photography has shown crop mark indication of a prehistoric enclosure and ring ditch and there have been some finds of flints and spindle whorls. A Roman road from Dorchester on Thames to Alconbury traversed the parish from SW to NE and it has been suggested that another from St Albans to Leckhampstead ran SE to NW. Sherds of Roman pottery and glass have been found.

Three manors are noted in the Domesday book, a further one was formed in the early 13C from land given by two of the other manors to Woburn Abbey.

The late Norman church was built in the middle of the 12C. It remains, very little altered, as a remarkable and renowned example of the Romanesque style.

In the medieval period the village appears to have had three settlement nodes. One around the church in the centre; the second at the south end around a route junction and with an area known as the City; the third at the north end again around a route junction with areas known as Wood Hall and Crow End or Tag End. Within the parish there were also medieval settlements at Littlecote and the Dean and two moated manorial sites. The land was farmed on the open field system and the ridge and furrow of the arable land can still be seen in the landscape today.

Also to be seen, from aerial photographs, in a field called Pitch Green in the NE of the parish, are the remains of a Civil War entrenchment where a skirmish took place. Human bones and armaments have been dug up there.

There was an early and strong non-conformist element in the religious life of the village. By 1706 dissenters had a meeting house and by 1781 a Methodist Society had been formed as part of the Bedford Circuit, one of the earliest in the district. Before 1800 the Methodists had bought land and built the first chapel. Their numbers increased and in 1839 these Wesleyan Methodists built a new chapel in Chapel Square. Just before the Wesleyans moved into their new chapel, a society of Primitive Methodists had been formed who met in a building in Chapel Lane, now Orchard Lane, and who were part of the Aylesbury circuit. They built a new chapel on High Street South in 1903. Both chapels had large Sunday school buildings. The Wesleyan chapel closed in 1987 and the congregation joined the Primitives.

The parish roads were improved at enclosure. Old roads were stopped up and new ones built. Most of the roads leading from the village were realigned. However part of the old Welsh drovers’ road through the parish survived and is a green lane today.

Following enclosure the landscape of the parish acquired its present character. In addition to the farmsteads along the village street new farms were built further out in the parish. Farming or farm labouring was the occupation of most village men until the Second World War.

Other trades and occupations in the village came and went over the years. By the 19C there were no longer weavers or glovers but there were still cordwainers, blacksmiths, bakers, tailors, wheelwrights and innkeepers. Certain families continued the same trade for generations. Bodsworths were saddlers and harness makers, Blisses were blacksmiths, Coles were wheelwrights and coachbuilders and Maynes were plumbers and well sinkers. Up to the mid 19C lace making was a common home occupation for women. There were lace schools in the village where girls as young as 5 or 6 years of age were taught the work. Lace buyers were village tradesmen up to the 1850s but they were then replaced by dealers in straw plait. Plaiting schools replaced lace schools as women and children and even men worked at producing the straw plait used by the Luton hat industry. During the 19C other women were listed as having employment as shopkeepers, innkeepers, school mistresses, midwives, nurses, laundresses, dressmakers and milliners. Quite a number of women were also farmers.

As is common to this area, medieval buildings were timber framed with wattle and daub infill, some of which remains, particularly in internal walls. On the eastern side of the parish a number of sand and gravel pits were worked and in the south the outcrop of limestone was quarried. However it is the clay fired into bricks that is the local building material most in evidence today. It is not known when brickmaking first started in the village but it was likely to have been during the 16C in clamps fired by faggots of brushwood and gorse. As brick production increased, brick replaced wattle and daub as infill for timber framed buildings until used as a construction material in its own right. In the 19C new technology resulted in brick kilns being constructed along the Dunton Road and Wing Road. The arrival of railways meant that coal could be hauled from Swanbourne and Leighton Buzzard stations to be the fuel for the new kilns and so brick production markedly increased. The kilns were to be in operation until WWII.

The orange coloured, locally fired bricks identify the older buildings along the village streets. Besides the many dwellings are the early chapel buildings, the National School, on a site directly opposite the church and the public houses of which there were ten in the 19C.

In the late 1960s and early 1970s the continued existence of Stewkley was in doubt as it was in the middle of the site chosen for a proposed third London airport. The entire village would have been razed to the ground. A determined and unswerving fight for the survival of homes and community followed and eventually the battle was won.